“Certain things capture the eye but pursue only those that capture the heart”. Kavi Kamboi & Hathni Mata Falls are such touristy and spiritual places which capture the heart and soothe the eyes. Let’s start with “Kavi Kamboi” It is a place with one of the famous temples named Stambheshwar Mahadev temple. Kavi Kamboi is at a distance of 78 kilometres from Vadodara with almost 1 hour 30 mins drive, it is located in the Bharuch district of Gujarat Land.

Kavi Kamboi is well known for its renowned Mahadev temple. This temple is 150 years old and is built by Lord Shiva’s son named Kartikeya. It is one of the most unusual Shiva shrines in India.  Before I get into a brief story as to why the temple was made let me briefly describe the geography of this temple. It is a 4 feet high Shiva Lingam. It is a very simple temple in terms of its architecture which is located at Kavi Kamboi between the shores of the Bay of Cambay and the Arabian Sea. This temple is also known as the submerging temple because it submerges during the high tide and emerges out portraying the 4 feet high Shivling beautifully when the tide is low. This natural phenomenon takes place daily twice a day morning and evening to do the Jal Abhishek of the deity. Coming back to where I had mentioned reciting the story in brief, we have a small interesting tale behind the existence of this temple. Lord Shiva has two sons named Kartikeya is the eldest and Lord Ganesh is the youngest. Kartikeya killed a demon named Tarakasur (He was a worshipper of Lord Shiva) as he was a trouble for the local people and the sages. The act made him feel guilty. He resorted to lord Vishnu stating his act and expressing his guilt. Lord Vishnu advised him saying “Killing a wicked person, who nourishes himself on the blood of the innocent people, is not a sinful deed. But, still, if you are feeling the same then I advise you to atone for your sin by worshipping Lord Shiva. Install Shiva Lings and worship them with devotion”. That is exactly what Kartikeya did. He instructed Vishnukarma to make the Shivling. He honoured the Shivling daily by offering his pooja in the form of sesame seeds and prayed “May my offering in the form of sesame seeds reach Tarak – the descendant of sage Kashyap” this way he was absolved of his sins. So this is how the Shivling emerged 150 years ago. The visit to this place can be planned for a day’s trip and one should plan it in such a manner that you get to witness the submerging and emerging process of the Shivling. During the Shravan month, Amavasya, Purnima, public holidays and weekends the place is flocking with people. You may also face problems with parking space which is free of cost. On other regular days, it’s not crowded. The beach is very clean except that the water is muddy and so you cannot enjoy the water by bathing in it. There is also an ashram where you can give donations to help them run it. The people who live there and take care of the ashram serve free meals from 11:30 am to 2:00 pm called an act of Seva. There are stalls near the temple which serve tea and light snacks but also advisable to carry snacks from home. Below is the timetable referring to which will help you plan your day trip to this serene and beautiful place.

“I don’t want to spend decades on this planet and never see the diversity of places god created”. You will tell yourself this if you haven’t yet visited the serene Hathni Mata falls and a small temple where people visit with faith. More than the final destination the path will mesmerize you.

Jambughoda is at a distance of 82 kilometres from Vadodara and this place is well known for its wildlife sanctuary. When you think of visiting Hathni Mata waterfall we recommend you add Pavagadh also in your itinerary if you wish to make a journey to god’s abode. And to add Jambughoda as well you should definitely add an extra night to stay over at the nearby resorts so that you can enjoy the forest as well.

Hathni Mata is an ideal place for a one day picnic and is specially visited during weekends and mostly during the monsoon season. The Hathni Mata waterfall gives a spectacular view during the monsoon. It is one of the picturesque waterfalls in Gujarat Land. Laden by lush green hills, the Hathni Mata waterfalls are an oasis of divine beauty. It is a 100 m long water body that falls beautifully along a cliff. A small temple dedicated to Hathni Mata is located in the cave adjacent to the waterfall. The name Hathni is derived from the local tribal community of the rock that looks like a baby elephant at the foot of the waterfall.

If you love the sound of falling water from a height, if that sounds like music to you along with the sound of various chirpings and sounds of animals then this is the place for you. If you wish to engage in some nature photography while having a spiritual experience then this is definitely the place for you. The ambience is completed by a small pond, animals and birds that inhabit the area along with its being lush green. The trail to this waterfall and temple is narrow but the visuals along the trail will make you skip a beat.

Entry to this place is free of cost Gujarat land. It is open all year round but recommended to visit during monsoon so you have a sight of a heavy waterfall. If you visit during monsoon please avoid rock climbing or any steep steps for that matter. You can visit Hathni Mata from the early morning hours till 6 pm even though it is an open place but one must avoid it after its dark due to the wilderness. It is recommended to carry your water bottle and wear sturdy shoes. Also, carry snacks/food items as per your requirement. You can reach this place by rickshaw from Jambughoda or Pavagadh and also by a two-wheeler or four-wheeler. 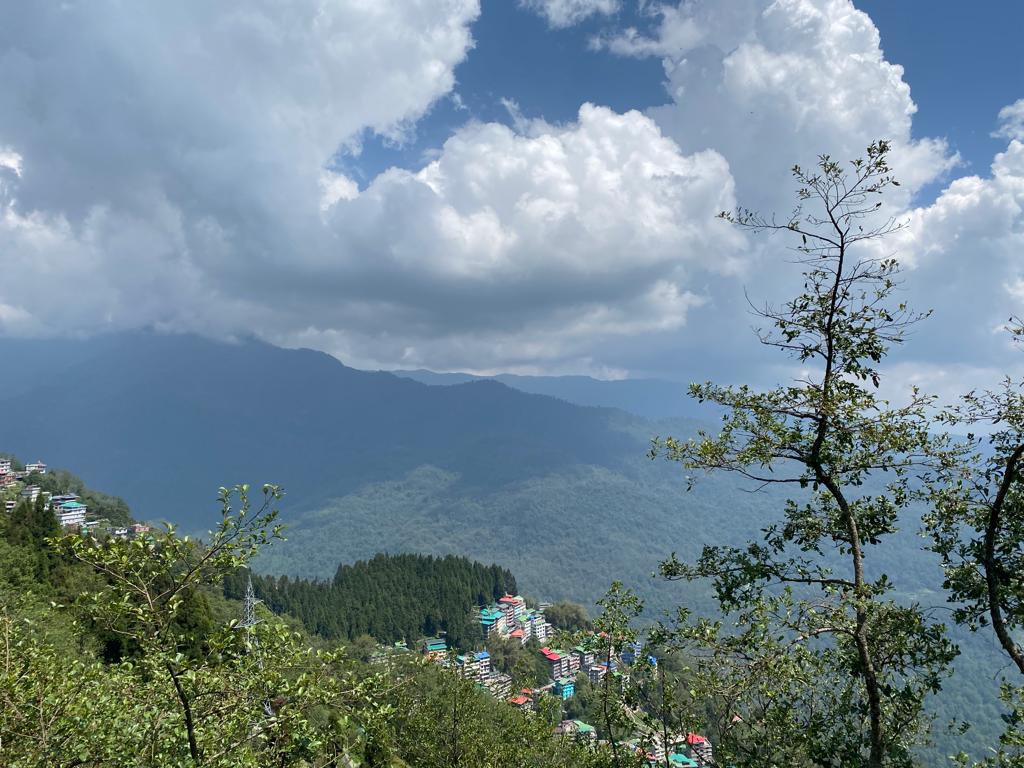