The Pelling to Yuksom route in West Sikkim showed me many mesmerising places such as Rimbi Orange garden, Khecheopalri lake. As I commenced on my Pelling to Yuksom journey, towards Rimbi I came across an ancient tribal village called Darap. It has now grown into a famous destination to explore the Himalayas.

There are many homestays that have come up in this village providing an ideal peaceful retreat. Therefore tourists coming here to see the snow-capped peaks of the northeast Himalayas. 1. Rimbi Waterfall- Waterfall on the Highway

The intense greenery of the Himalayas and the pollution-free environment lead us to the next village called Rimbi in west Sikkim.

However, Rimbi is famous for its orange garden and the Rimbi river. It provides a charismatic landscape for the tourists to enjoy the beautiful scenery of the Eastern Himalayas.

Just before the Rimbi orange garden, I came across the Rimbi waterfall on the highway.

The waterfall is not so huge. But due to the surrounding scenery and the unique alluring nature, this spot can be easily considered as an enchanting retreat for all the tourists. In other words, Pelling to Yuksom highway in west Sikkim is a treat to the eyes. Just after a  5 min drive from here, we reached the Rimbi orange garden. Small shops near the highway welcomed us through a small entrance with an entry fee of only RS 10.

The area is congested but has been suitably utilised for cultivating organic fruits and crops. The area is mainly marked with orange trees and cardamom plantations besides some few houses of the villagers residing there.

The numerous orange trees start to bloom with oranges from the month of November to February.

However, organic farming surrounded by the Himalayas was mesmerising on the banks of the Rimbi river. The pathway leading down to the river banks is covered with numerous flower plants with rose being the primary flower tree. There are cosy seating places a, with small shops selling organic Himalayan tea and water bottles for the tourists.

I reached the banks of Rimbi river and the sound of the rapids formed by the flowing of the river through the mountain rocks allured us. We recorded the surrounding in our go pro camera to take back the memories of the natural ambience.

In other places, such banks of the rivers have been transformed into picnic spots. But the Sikkimese people have done effective ethical work in maintaining the cleanliness of the place.

In fact, the state of Sikkim is the first state in India to have transformed into a completely organic state. It may be considered as one of the cleanest states in India.

The Rimbi orange garden provides a tranquil place amidst organic farming. It also helps us in spending some effective time with nature on the banks of the free-flowing Rimbi river. After that, we proceeded towards further routes in West Sikkim to one of the most famous destinations in Pelling to Yuksom route, known as Khecheopalri lake.

Khecheopalri lake is situated in the village with the same name at an altitude of 1700 meters above sea level. It is a sacred lake for the Sikkimese people.

There are symbols and prayers marked on the walls on the way to the Khecheopalri lake. It symbolizes the religious sacredness of the place for both the Buddhist and the Hindus. The vicinity of the Khecheopalri lake is marked with numerous prayer flags of various colours that adorn the beautiful natural scenery in a splendid way. Khecheopalri lake forms a major part of west Sikkim travel blog, en route Pelling to Yuksom. A hike at the top of a mountain will take us to a viewpoint. From there we get to see the entire periphery of the Khecheopalri lake. It looks like the footprint of the local God Tara. Hindus also believe it to be the footprint of Lord Shiva who meditated in one of the caves of the nearby sacred hill.

The Khecheopalri lake contains numerous fishes that thrive which can be easily seen from the jetty. The road to the Khecheopalri lake is through dense Himalayan forests. One has to take a 10 min walk through the dense forests from the monastery at the starting of the village.

Our next destination was Kanchendzonga waterfall which is situated at an hour drive before Yuksom just beside the Pelling to Yuksom highway. The first stream of the waterfall is a narrow one from where the local people have set up zip line adventure sports.

As we walk further inside through the rocks we come across the main waterfall which is of much greater volume. But lesser in height than other waterfalls in the rest of West Sikkim. But the huge volume of water gushing down to the gorge below the highway is a magnificent attraction which allures every tourist visiting Pelling to Yuksom route in West Sikkim. As we proceeded towards Yuksom, we crossed numerous iron bridges which are frequent here in the highways across the northeast of India. People of Sikkim adorn them with prayer flags. It makes them look more beautiful with the background of the Himalayan mountains. We crossed the fast-flowing Rathmong Chu river that later meets the Teesta river in the south of Sikkim and entered the quaint village of Yuksom through the meandering roads. The road quality is pretty good except for some rough patches which are common due to the landslide zone of the Himalayas. Article Name
Places to visit in the route Pelling to Yuksom
Description
Pelling to Yuksom is a stunning route in north east part of India. It is the most sacred route of Sikkim consisting of the sacred khecheopalri lake,waterfalls and a beautiful orange garden.
Author
Souvick Sen
Publisher Name
Toursandjourney
Publisher Logo West Sikkim- Things to do in Yuksom 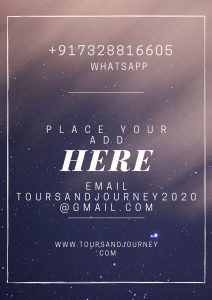